Local orthopaedic surgeon Dr. Stephen Burkhart will be in Edinburgh, Scotland this week, at the invitation of the International Congress on Shoulder and Elbow Surgery (ICSES), to deliver the prestigious Kessel Lecture.

The International Congress is unique in that it showcases the latest views of thought leaders involved in shoulder and elbow surgery throughout the world, and it takes place only once every three years.

At the Congress there are instructional updates, symposia and workshops by the top surgeons in the shoulder and elbow world, and the Kessel Lecture is the cornerstone presentation of the entire Congress.

In his invitation letter to Dr. Burkhart, Professor W. Angus Wallace, president of this year’s organizing committee, called the committee’s selection of Dr. Burkhart, “unanimous,” and a “very fitting tribute to [Burkhart’s] most distinguished career in our specialty.”

Every three years ICSES is held in a different host city around the world. The first meeting was organized by Prof. Lipmann Kessell in London in 1980. Kessel was a successful surgeon based in London, and Emeritus Professor of Orthopaedics at the University of London.

Kessel is credited with organizing the first international conference on surgery of the shoulder in London in 1980. This conference is considered a landmark in defining shoulder surgery as a separate clinical entity.

Burkhart’s lecture, Expanding the Frontiers of Shoulder Surgery, takes a look at what he calls both the “challenging and exhilarating role that technology has had and will continue to have on shoulder surgery.” And Burkhart should know about technology and medicine.

The San Antonio based surgeon is credited as one of the first orthopedic surgeons in the world to use a technology known as athroscopy for the treatment of specific shoulder injuries. Arthroscopy is a surgical procedure orthopaedic surgeons use to visualize, diagnose, and treat problems inside a joint.

Burkhart said he was “humbled” by the invitation to speak to this prestigious international group. He said, “This is the largest assemblage of the top shoulder surgeons from around the world, all of whom are highly respected in the field, and it occurs only once every three years.” He continued, “This is the greatest professional honor of my career.”

Earlier this year, The San Antonio Orthopaedic Group decided to create its own weight-loss reality show. It launched the, “TSAOG Biggest Loser Fitness Competition.” Participants paid $20 each and were awarded a range of prizes for certain achievements.

Out of 287 employees, the program had 26 participants, 24 which stayed to see the program through. “We lost a total of 265.3 pounds,” says Chris Kean, chief operating officer.

But the group is not stopping there.

“Developing incentives like weight-loss programs are a cost-effective way to motivate our employees to improve their health and well-being, which we believe is the cornerstone to building a successful business,” say Kean. “Bottom line, healthy employees are happy employees and we will continue to invest in developing programs that have proven success, like the ones we have developed over the past few years.”

This fall, the Orthapaedic Group will also partner with Spectrum and the Virgin HealthMiles program to offer participants incentives for physical activity.

“Having our employees track their results with fun competition is a great way to promote our culture of healthy living,” Kean says. “We are excited about this partnership and look forward to seeing our results.”

The number of childhood and teenaged sports injuries is skyrocketing to the point where orthopaedic surgeons call it a ‘silent epidemic,’ and they say it is due to the ‘alarming trend’ of young kids participating in sports year round, 1200 WOAI news reports.

“It is certain something that we are seeing more frequently in the office nowadays,” says Dr. Casey Taber with the San Antonio Orthopaedic Group, the state’s leading practice for research and treatment into bone, muscular, and musculoskeletal injuries.

“They are using their bodies more than they probably should.”

Doctors worry that overuse and traumatic joint and extremity injuries among adolescents are setting them up for a ‘lifetime of chronic pain.’

A report released at the annual meeting of the American Academy of Orthopaedic Surgeons this past weekend suggests ‘mandated downtimes’ for young athletes.

“More adolescents are participating in year-round sports without seasonal breaks,” the report says. “They are playing on multiple teams simultaneously. This increased exposure means there will continue to be growing numbers of significant musculoskeletal injuries, both traumatic and chronic overuse.”

Dr. Taber sees it in his clinic, and he doesn’t like what he sees.

“You are starting to see some injuries nowadays that we didn’t see years ago,” Dr. Taber says.

He says more and more, he encounters adolescents who are participating in year-round sports, and occasionally in several sports at once.

“They are using their bodies more than they probably should,” he said.  “The only way to prevent that is to back off to some degree.”

He says parents need to be aware that even young, strong, and physically fit young people can suffer chronic injuries by overuse.

The report says ‘everyone wants to get to the top,’ but adds, “we have to look at this and say, are we pushing kids too hard?  We cannot wait for kids to reach the college level to modify their training, because by that time, it could be too late.’

Orthopaedic surgeons point out that college and pro sports governing bodies regulate how much practice, when practice can begin, and how many sports people can participate in, but frequently, there is none of that regulation at the grade school and high school level, where the potential for lifelong damage is the greatest. 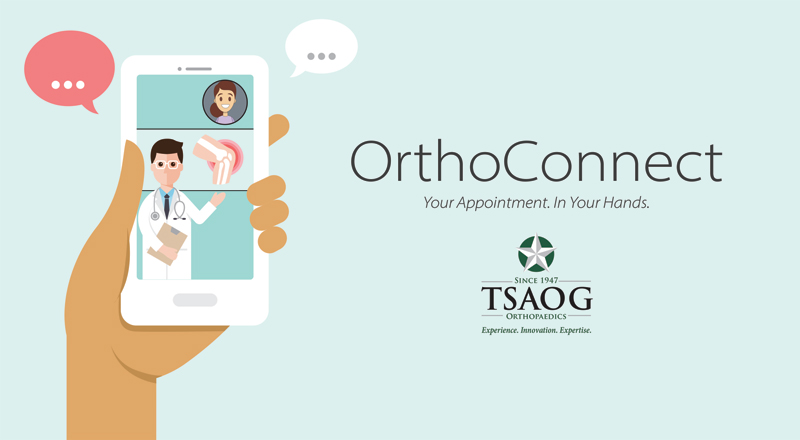